Voice Of Desert 4 years ago comments 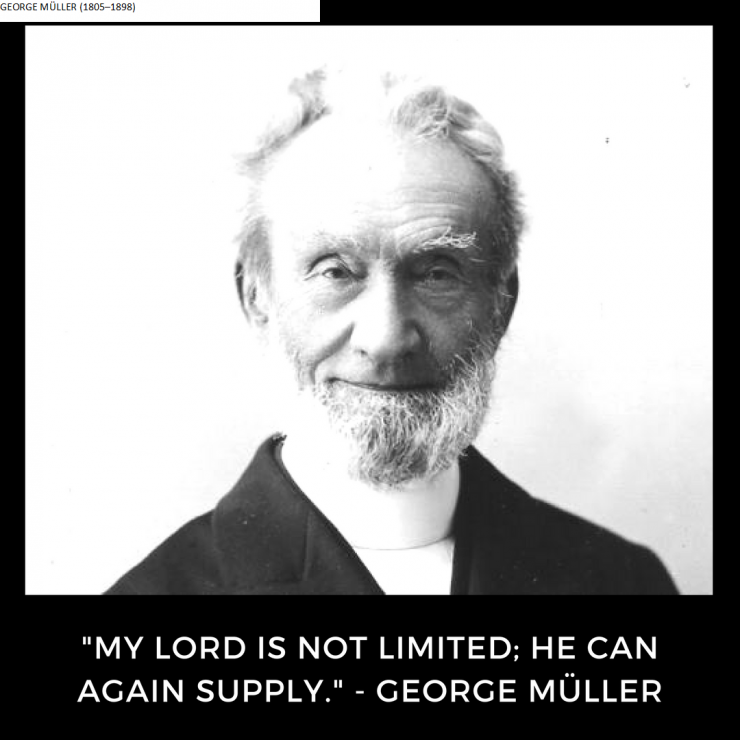 George Müller built five large orphan houses and cared for 10,024 orphans in his lifetime. When he started in 1834, there were accommodations for 3,600 orphans in all of England, and twice that many children under 8 were in prison. One of the great effects of Müller’s ministry was to inspire others so that, according to biographer A.T. Pierson, “fifty years after Mr. Müller began his work, at least one hundred thousand orphans were cared for in England alone” (George Müller of Bristol, 274).

He prayed in millions of dollars (in today’s currency) for the orphans, and never asked anyone directly for money. He never took a salary in the last 68 years of his ministry, but trusted God to put in people’s hearts to send him what he needed. He never took out a loan or went into debt. And neither he nor the orphans were ever hungry.

Active till the End

He did all this while he was preaching three times a week from 1830 to 1898, at least ten thousand times. And when he turned 70, he fulfilled a lifelong dream of missionary work for the next seventeen years, until he was 87. He traveled to 42 countries, preaching an average of once a day and addressing some three million people.

From the end of his travels in 1892 (when he was 87) until his death in March 1898, he preached in his church and worked for the Scripture Knowledge Institution. He led a prayer meeting at his church on the evening of Wednesday, March 9, 1898. The next day, a cup of tea was taken to him at seven in the morning, but no answer came to the knock on the door. He was found dead on the floor beside his bed.

The funeral was held the following Monday in Bristol, where he had served for 66 years. “Tens of thousands of people reverently stood along the route of the simple procession; men left their workshops and offices, women left their elegant homes or humble kitchens, all seeking to pay a last token of respect.” A thousand children gathered for a service at the Orphan House No. 3. They had now “for a second time lost a ‘father’” (George Müller of Bristol, 285–86).

Müller had been married twice: to Mary Groves when he was 25 and to Susannah Sangar when he was 66. Mary bore him four children. Two were stillborn. One son, Elijah, died when he was a year old. Müller’s daughter Lydia married James Wright, who succeeded him as the head of the Institution. But Lydia died in 1890 at 57 years of age. Five years later, Müller lost his second wife, just three years before he died. And so he outlived his family and was left alone with his Savior, his church, and two thousand children.

When Müller received Mary’s diagnosis of rheumatic fever, his “heart was nigh to be broken on account of the depth of my affection” (A Narrative of Some of the Lord’s Dealings with George Müller, 2:398). The one who had seen God answer ten thousand prayers for the support of the orphan did not get what he asked this time. Or did he?

Twenty minutes after four on the Lord’s Day, February 6, 1870, Mary died. “I fell on my knees and thanked God for her release, and for having taken her to Himself, and asked the Lord to help and support us” (A Narrative, 2:400). He recalled later how he strengthened himself during these hours with Psalm 84:11: “The Lord God is a sun and shield; the Lord bestows favor and honor. No good thing does he withhold from those who walk uprightly.” And here we see the key to his life:

I am in myself a poor worthless sinner, but I have been saved by the blood of Christ; and I do not live in sin; I walk uprightly before God. Therefore, if it is really good for me, my darling wife will be raised up again, sick as she is. God will restore her again. But if she is not restored again, then it would not be a good thing for me. And so my heart was at rest. I was satisfied with God. And all this springs, as I have often said before, from taking God at his word, believing what he says. (A Narrative, 2:745)

Here is the cluster of unshakable convictions and experiences that are the key to Müller’s remarkable life.

“I am in myself a poor worthless sinner.”

“I have been saved by the blood of Christ.”

“God is sovereign over life and death. If it is good for her and for me, she will be restored again. If it is not, she won’t.”

“I am satisfied with God.”

So, were his prayers for Mary answered? To understand how Müller himself would answer this question, we have to see the way he distinguished between the extraordinary gift of faith and the more ordinary grace of faith. He constantly insisted, when people put him on a pedestal, that he did not have the gift of faith just because he would pray for his own needs and the needs of the orphans, and the money would arrive in remarkable ways.

The reason he is so adamant about this is that his whole life — especially in the way he supported the orphans by faith and prayer without asking anyone but God for money — was consciously planned to encourage Christians that God could really be trusted to meet their needs. We will never understand Müller’s passion for the orphan ministry if we don’t see that the good of the orphans was second to this.

The three chief reasons for establishing an Orphan-House are: 1) That God may be glorified, should He be pleased to furnish me with the means, in its being seen that it is not a vain thing to trust in Him; and that thus the faith of His children may be strengthened. 2) The spiritual welfare of fatherless and motherless children. 3) Their temporal welfare. (A Narrative, 1:103)

That was the chief passion and unifying aim of Müller’s ministry: to live a life and lead a ministry in a way that proves God is real, God is trustworthy, and God answers prayer. He built orphanages the way he did to help Christians trust God. He says it over and over again.

Taking God at His Word

Now we see why he was so adamant that his faith was not the gift of faith mentioned in 1 Corinthians 12:9, which only some people have, but was the grace of faith that all Christians should have. If Christians simply say, “Müller is in a class by himself; he has the gift of faith,” then we are all off the hook and he is no longer a prod and proof and inspiration for how we ought to live. Here is what he says:

For instance, the gift of faith would be needed, to believe that a sick person should be restored again though there is no human probability: for there is no promise to that effect; the grace of faith is needed to believe that the Lord will give me the necessaries of life, if I first seek the kingdom of God and His righteousness: for there is a promise to that effect (Matthew 6:33). (A Narrative, 1:65)

Müller did not think he had any biblical ground for being certain that God would spare his wife Mary. He admits that a few times in his life he was given “something like the gift (not grace) of faith so that unconditionally I could ask and look for an answer,” but he did not have that rare gift in Mary’s case (A Narrative, 1:65). And so he prayed for her healing conditionally — namely, if it would be good for them and for God’s glory.

But most deeply he prayed that they would be satisfied in God, whatever God did. And God did answer that prayer by helping Müller believe Psalm 84:11: “No good thing does he withhold.” God withheld no good thing from him, and he was satisfied with God’s sovereign will. Oh, How He Loves

The aim of George Müller’s life was to glorify God by helping people take God at his word. To that end, he saturated his soul with the word of God. At one point, he said that he read the Bible five or ten times more than he read any other books. His aim was to see God in Jesus Christ crucified and risen from the dead in order that he might maintain the happiness of his soul in God. By this deep satisfaction in God, Müller was set free from the fears and lusts of the world.

And in this freedom of love, he chose a strategy of ministry and style of life that put the reality and trustworthiness and beauty of God on display. To use his own words, his life became a “visible proof to the unchangeable faithfulness of the Lord” (A Narrative, 1:105).

Best of blessings He’ll provide us,

Nought but good shall e’er betide us,

Safe to glory He will guide us,

Will You Not Try This Way?

I will let Müller have the closing word of exhortation and pleading for us to join him in the path of radical, joyful faith:

My dear Christian reader, will you not try this way? Will you not know for yourself . . . the preciousness and the happiness of this way of casting all your cares and burdens and necessities upon God? This way is as open to you as to me. . . . Everyone is invited and commanded to trust in the Lord, to trust in Him with all his heart, and to cast his burden upon Him, and to call upon Him in the day of trouble. Will you not do this, my dear brethren in Christ? I long that you may do so. I desire that you may taste the sweetness of that state of heart, in which, while surrounded by difficulties and necessities, you can yet be at peace, because you know that the living God, your Father in heaven, cares for you. (A Narrative, 1:521) (By John Piper. © Desiring God Foundation. Source: desiringGod.org) 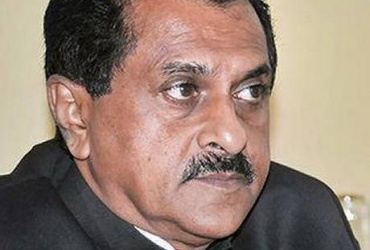 Voice Of Desert, Copyright 2022. All Rights Reserved. 275951 Website Designed and Developed by: CreaveLabs